The last match, with Ramsey, was basically over after the Bonus Round, when the Kentucky team swept the FAMOUS FIRSTS, CHERRIES, and RULES AND PRINCIPLES bonuses. 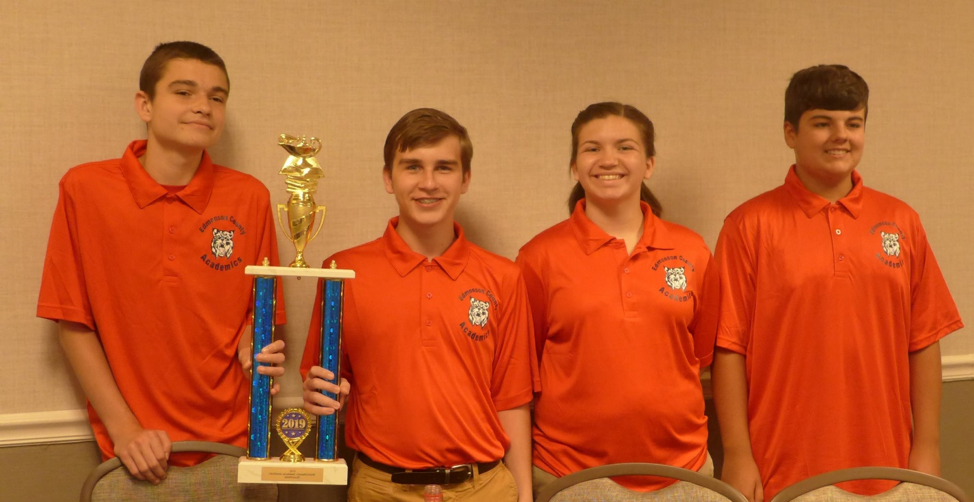 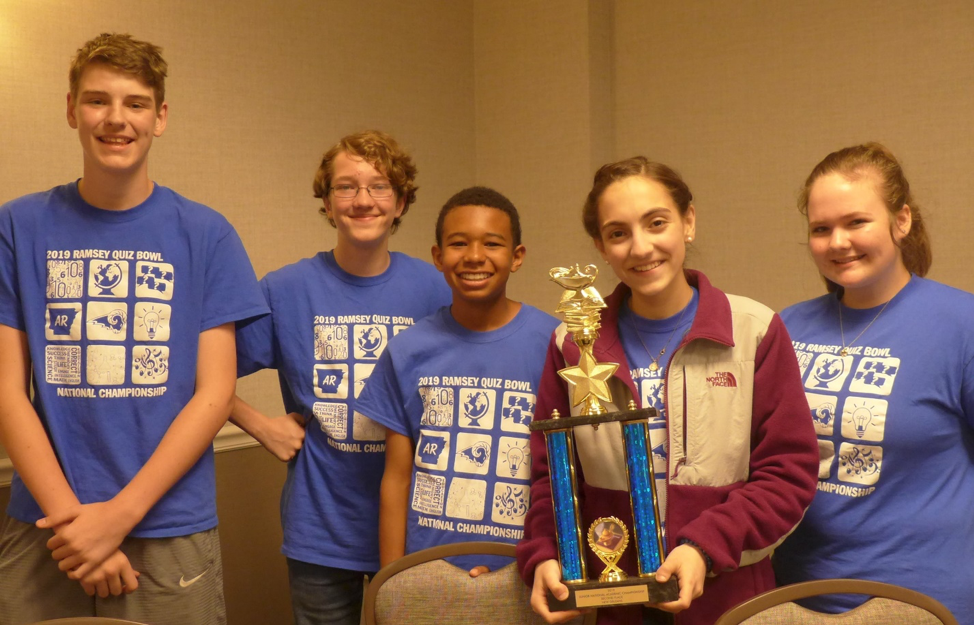 Going Out On Top 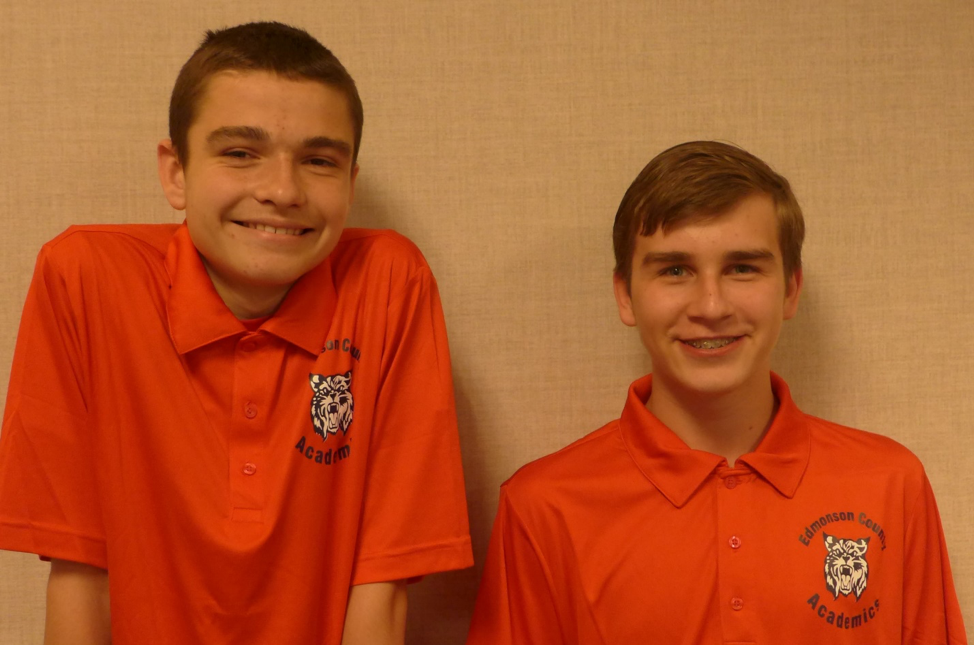 Jonas Miller (L) and Brody Johnson (r) are the best one-two
punch in Junior National Academic Championship history.
Jonas was tournament MVP last year. Brody is this year’s MVP.
Both were elected to the Hall of Fame on May 27, 2019.

Warren, a past winner of the DC phase of the Junior National Academic Championship, was at it again, this time with a B team that entered the playoffs seeded first and an A team seeded third. Winburn (KY) was in 2018 co-winner of the DC phase of the Elementary National Academic Championship. Some of those players came back on Winburn’s Middle School team.

Winburn went 4-2 in the prelims but was unbeatable on Playoff Sunday. Key to the last contest, with Warren A, was the 145 unanswered points they gained in the Bonus Round, grabbing all five bonus opportunities, sweeping the NOBEL WINNER bonus and the MASTERPIECES bonus – identifying The Last Supper, Whistler’s Mother, and The Scream. The final score was Winburn 365, Warren 270. 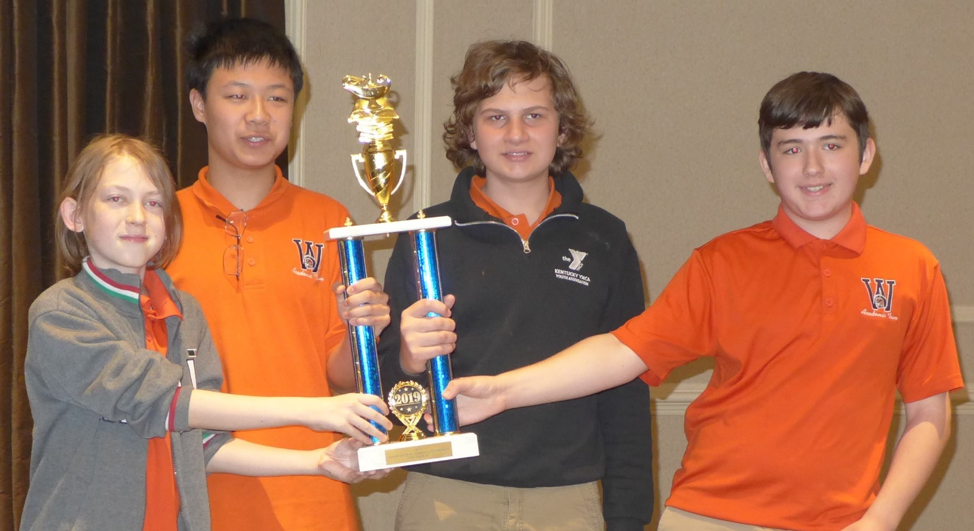 Danville Bate (KY) has participated in all twelve Junior National Academic Championship, made the playoffs every time, and won the first title in 2008. Chaffin (AR) won the National Championship in 2017. These two 6-0 teams held the top two seeds going into this year’s Playoff Monday.

Danville Bate led at the end of the first period 70-60 and second period 135-120. The turning point was during 60 Seconds, when Bate chose ARCHEOLOGY and split 40-40 with Chaffin. The Arkansas team then answered half of the Stump the Experts questions, with answers of Ernest Hemingway, San Diego, Gilded Age, “terrestrial” planets, Britain, “Hakuna Matata,” desalination, narwhal, “Best Latin Pop Album,” and Prometheus. The final score: Chaffin 410, Danville Bate 265.

1. Which part of a trombone changes pitch? Ans. Slide

2. A torus in geometry is called what in a bakery? Ans. Doughnut

3. What do we call a deliberate cessation of work by laborers? Ans. Strike

5. A mixture of flour and water to make a cake. Ans. Batter

8. An unraveling in a nylon stocking? Ans. Run

9. Examples of what include habenero and jalapeno? Ans. Pepper

10. Now solve the mystery of the mystery category, and tell me what subject all these answers have in common. Ans. Baseball

In the final period, Jesuit took the lead on this one: “Synonyms of this six-syllable noun include defiance and insolence. It is behavior that includes unwillingness to carry out a directive from a supervisor. Jeffrey Wigand, the whistleblowing vice president of Brown and Williamson, who disclosed tobacco industry practices, was fired for what offense, defined as “disobedient resistance to authority”? (Ans. Insubordination) Then Harding exploded with a scoring fest that saw them answer 8 out of the last 14 “Stump the Experts” questions in Algebra, Physiology, Religion, Food, Current Events, Geography, Art, and History. The final score: Harding 350, Detroit Jesuit 250. 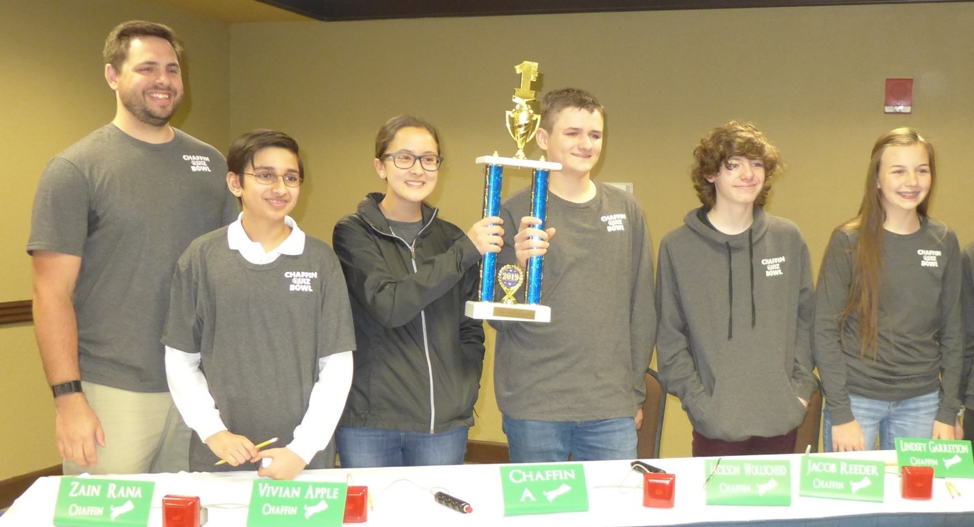 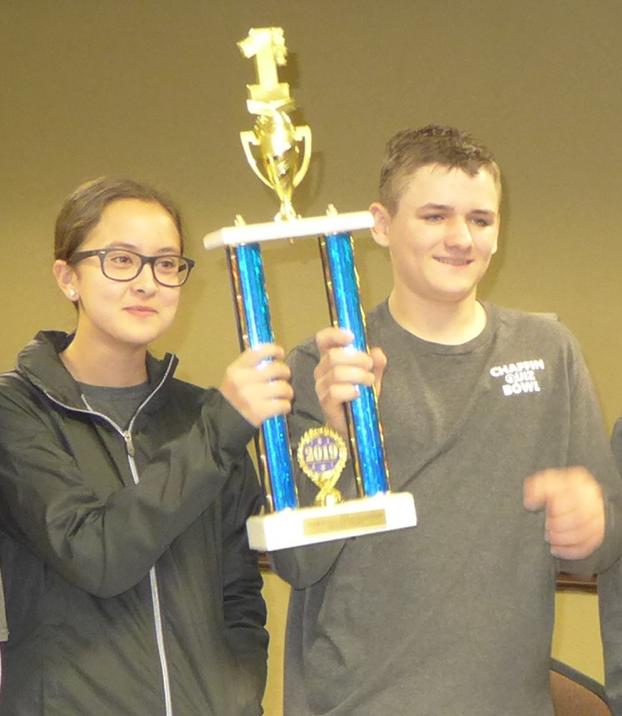 Ft. Smith Trinity A (AR) defeated Mid-Carolina 365-300 to advance to the final Orlando middle school contest. They then contested No. 1-ranked Johnson County (KY). After sweeping bonuses on Mexico and Chemical Symbols/Postal Abbreviations, Trinity led 170-75. Johnson County mounted a comeback in the 60 Seconds Round, adding 90 points on SOCIAL STUDIES, but Trinity won the game 350-305. 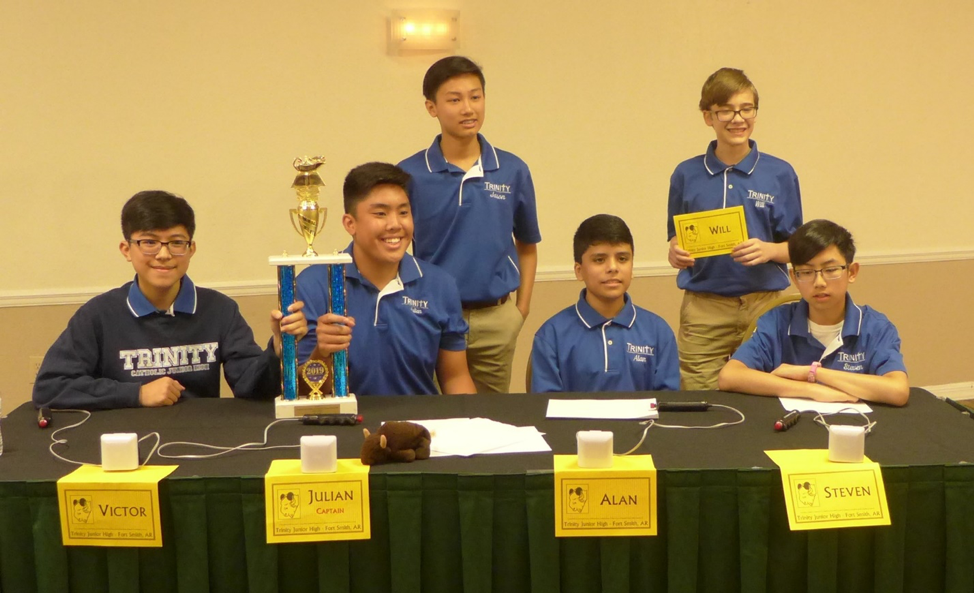 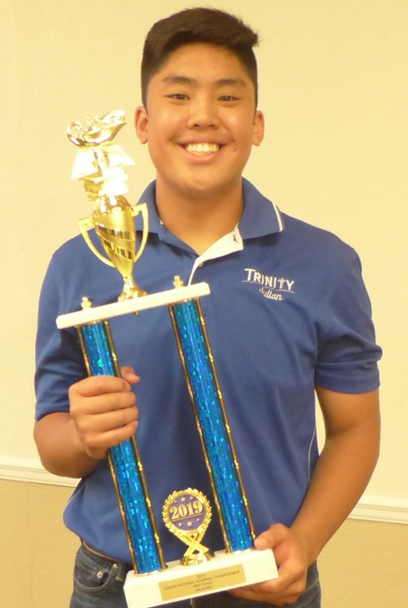 GOING OUT ON TOP

Chaffin finished with an identical 9-0 record, but Edmonson County’s 484 average bested Chaffin’s 398, so they were crowned National Champs for the second year in a row. Only after the tournament was over did we learn that Greg Grey, one of the finest gentlemen ever to coach a team at any level, has retired. Greg brought teams to Junior Nationals ten out our twelve years of running a national tournament at the middle grade level. We wish him all the best. 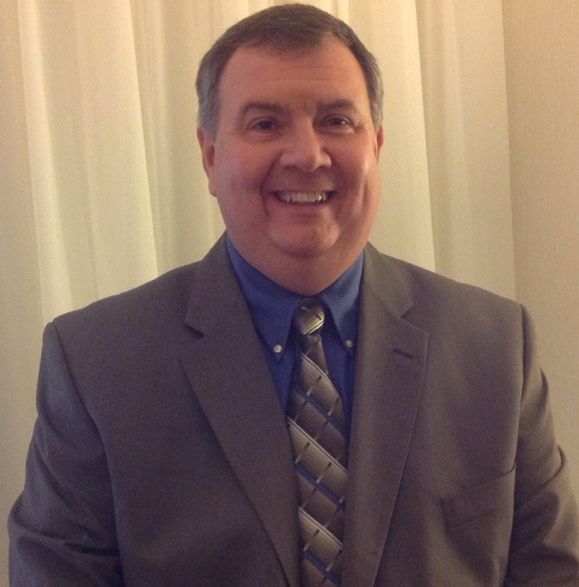 To achieve Hall of Fame status, a student must excel at Nationals at least two years, and lead his team to the top in one of those years. Jonas Miller and Brody Johnson led Edmonson County to back-to-back national championships, earning their place in the assembly of immortals which boasts only six students in 12 years.

WINNERS OF OUR 12 TOURNAMENTS